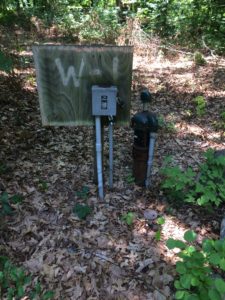 Bolton Country Manor is located in the rural central Massachusetts town of Bolton. It is a U.S. Housing and Urban Development (HUD) owned low income senior housing facility that also serves as the Town of Bolton’s Senior Center. RCAP Solutions was assisting this system to find a new qualified water operator due to the retirement of their previous water operator. An RCAP Solutions staff member with a water operator certification also assisted with regular operations to ensure the community stayed in compliance with drinking water regulations during the interim period.

During this period, routine water samples were taken monthly, and one set of samples tested positive for Total Coliform. When repeat water samples were taken, per the Revised Total Coliform Rule, one sample tested positive for E Coli bacteria. The positive sample for E coli sets in motion an automatic Boil Order and numerous follow up actions which RCAP Solutions proceeded to assist the community with.

First and foremost, due to the highly susceptible nature of the community’s elderly population, and after consulting with the Massachusetts Department of Environmental Protection (MassDEP), RCAP helped to provide information to residents to make sure they boiled their water before use and provided outreach on the proper techniques to do so safely. Also, RCAP helped to arrange for the instillation of an emergency chlorination system on the community’s water system to disinfect the bacteria and make the water safe to drink again. After multiple sampling rounds of the system’s water and ongoing monitoring of the chlorine residual, a few days later the water was declared safe to drink again without boiling and the community’s residents were notified that the Boil Order had been lifted.

After the immediate emergency was resolved, the task of identifying how the bacterial contamination occurred began which included internal inspections, inspections by MassDEP staff as part of a Sanitary Survey, and a level 2 assessment conducted by an outside third-party water operator. Through these inspections, several possible deficiencies were identified and then abated. The system was brought into full compliance with all MassDEP requirements that were identified during these inspections.

With completion of the corrective actions, the emergency chlorination was disconnected from the community’s water system and the water was sampled and analyzed to ensure the bacterial issue did not return. After monitoring for several months, the original task of assisting the community to hire a qualified water operator was fulfilled with the hiring of a certified contract water operator firm through the signing of service contract with the community. RCAP also provided an orientation of the company’s staff to introduce them to the nuances of the water system. Currently water operations are moving smoothly, and the bacterial issue has not reoccurred.