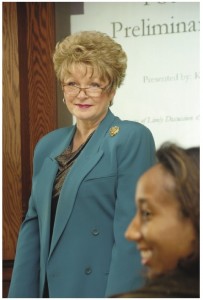 A new U.S. Census Bureau report finds that the overall well-being of U.S. households has improved since 1992, as measured by a broad range of categories. At the same time, the percentage of households experiencing difficulty meeting basic needs, including housing, rose from 14% to 16% between 2005 and 2011.

According to the report, 22% of households had difficulty meeting at least one basic need in 2011. To make this determination, the survey took nine indicators into account: inability to meet basic expenses; inability to pay rent or mortgage; eviction; not paying utilities; cut off utilities; cut phone service; lacking access to a doctor or dentist; and food insecurity. In 2011, 9% of households had one hardship and 6% had three or more.

Households in the lowest income quintile were three times more likely to report one difficultyâ€”and five times more likely to report three or moreâ€”than households in the highest quintile, measured by monthly reported income. Overall, householders who owned their homes had higher levels of well-being across all five measures, when compared to renters. In total, 92% of homeowners reported no difficulty meeting basic needs; the percentage fell to 80% among renters.

Housing conditions and neighborhood conditions improved from 1992 to 2011, according to the survey. Yet the percentage of households with unpaid rent or mortgages increased in recent years, from approximately 6% to 8% in 2005 and 2011, respectively. This change represents 2.7 million additional households, reflecting shifts during and following the economic downturn.