According to HUDâ€™s Worst Case Housing Needs 2011: Report to Congress, the number of renters with worst case housing needs grew to a record 8.48 million in 2011, from a previous high of 7.10 million in 2009. There has been a 43% increase in worst case housing needs since 2007. HUD released the full report on August 16, after having released an executive summary of the report in February (see Memo, 2/22).

â€œWorst case housing needsâ€ are those of very low income (below 50% of Area Median Income) renters who do not receive government housing assistance and who either spend more than half of their income on rent, live in severely inadequate conditions, or who face both of these challenges. The vast majority of households with worst case housing needs have severe housing cost burdens, while 3% live in severely inadequate conditions.

The nation no longer has enough affordable units for renters at the lowest incomes even if allocation were perfect. The vacancy rate for units affordable to ELI households is at an all-time low with just 5.4% vacant (compared to 13.1% in 2009) and this at-risk population faces the tightest market since HUD began to measure worst case housing needs in 1985. The report concluded by raising the importance of housing vouchers to assist the 8.48 million households with worst case housing needs.

This report is the 14th in the series that HUD prepares for Congress using the latest American Housing Survey to discuss trends and causes of worst case housing needs.

The Wall Street Journal published an article this weekÂ aboutÂ Municipalities thatÂ have recently attempted to gain control of their water systems due to rate increases. Private firms are defending their rate increases, saying they have had to spend money to improve the infrastructure and are entitled to make a profit.

If your community needs assistance managing your water system, or if Â you are looking for information on resources available for your community, please visit our Community Resources Page or contact Maegen McCaffrey, ChiefÂ CommunicationsÂ Officer at 978-630-6714 or email mmccaffrey@rcapsolutions.org.

The RCAP Solutions Operator Training Summer Tour of 2013 was a great success!

Workshops were held in Vermont, New Hampshire and Massachusetts.

These newly developed programs – geared for new and intermediate level wastewater operators – offered up to 8 hours of approved contact time atÂ no cost to the town.

The courses were well received by all participants and attendees indicated they would be interested in additional training.

Sponsorship opportunities are available for all workshops and include high visibility with speaking and promotional opportunities at workshops, logo on all publicity, etc. Â For more information on our training programs, please contact Sukhwindar Singh,Â Director of Education and Training,Â Phone: 412-554-2572 /Â Email:Â ssingh@rcapsolutions.org. 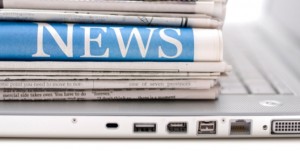 RCAP Solutions is the Northeast affiliate of the Rural Community Assistance Partnership, a national network of nonprofit organizations working to ensure that rural and small communities throughout the United States have access to safe drinking water and sanitary wastewater disposal.

In this article, the author admits that he was skeptical about RCAP’s work, but that researching the organization made him realize what important and valuable work the RCAP network does. He concludes by saying that while he’s no fan of the federal government, he does support smart government programs, like those that fund RCAP, that help people help themselves.

For more information about RCAP and our affiliation with this national program, please visit our partnership page on our webiste: Â www.rcapsolutions.org/partners.