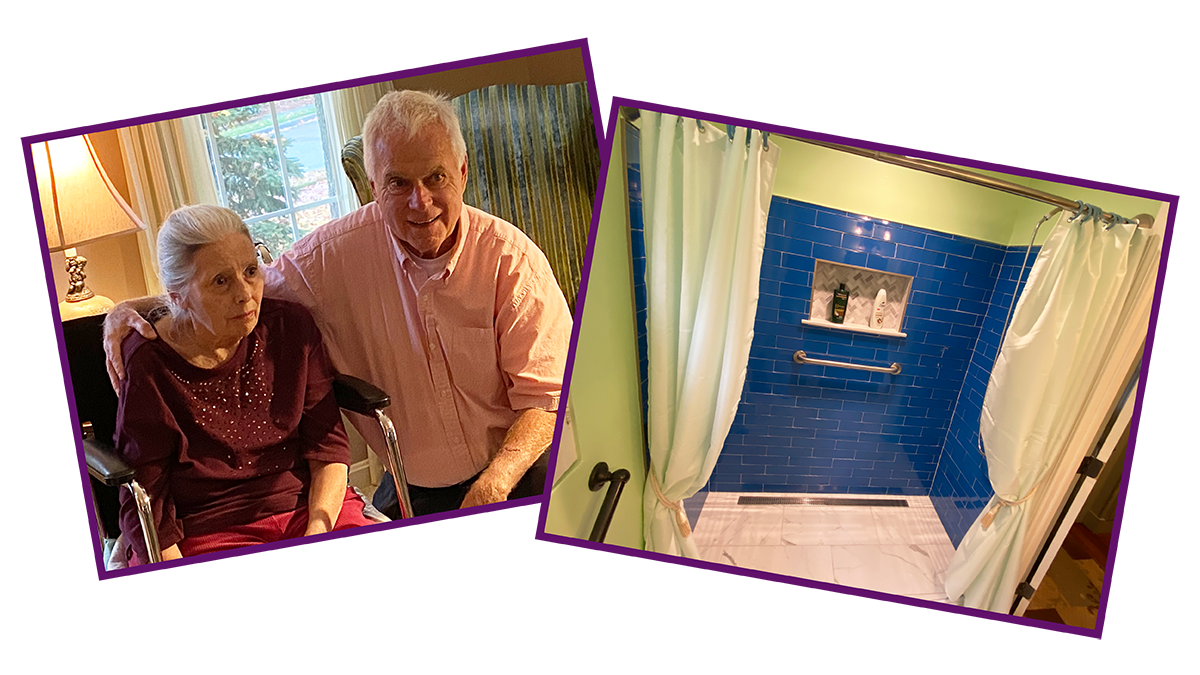 John and his wife Rebecca have been living in their Shrewsbury, Massachusetts home for over 40 years. Rebecca, who met John at a company they formerly worked at, is an avid ornamentalist and hangs the walls of their house with numerous pieces of art and other décor, making their home their home feel truly cozy.

During 2014, the couple went to the doctor after noticing changes in Rebecca’s behavior, such as her difficulty remembering things and confusion when performing daily activities. Rebecca was shortly diagnosed with Alzheimer’s disease.

For several years the disease progressed. Rebecca began to use a wheelchair and John looked for new ways to make their home more accessible.

John and Rebecca’s bathroom proved difficult for mobility, as Rebecca could not lift herself into the bathtub-shower. For Rebecca to stay clean, she was given sponge baths. Their caregiver, who tends to Rebecca while John is at work, informed John of the Home Modification Loan Program (HMLP) and how it could improve Rebecca’s quality of life.

After applying for the loan, identifying a certified contractor, and construction was completed, John and Rebecca’s old bathtub-shower was replaced with an ADA compliant barrier-free shower, allowing Rebecca to be rolled into the shower using a shower wheelchair.

Thanks to HMLP, Rebecca is now able to take frequent showers with ease and John has peace of mind knowing that his wife can cleanse safely. After taking her first shower in several years, Rebecca, who has limited vocal capabilities, managed to express her gratitude by saying the words “thank you” and giving a kiss to the caregiver who was assisting her.