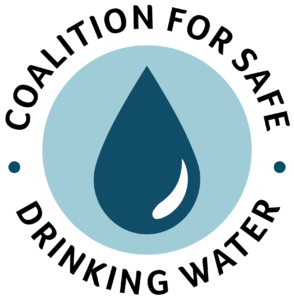 The Coalition for Safe Drinking Water is a group of diverse individuals and organizations advocating for equitable access to safe drinking water for private well owners across Massachusetts.

Led by RCAP Solutions and The Health Foundation of Central Massachusetts, the goal of this grassroots effort is to effect change by moving the state legislature to enable the Massachusetts Department of Environmental Protection (MassDEP) to enact sensible, health-based protections for private wells and to offer financial resources for homeowners who discover contaminants in their well water.

Unlike with public water systems, there are currently no statewide regulations to ensure private well water is safe from contaminants like PFAS, arsenic, radon, and more. This problem can be solved, but it will take leadership from community advocates, non-profit organizations, legislators, and others.

You can join the Coalition as an individual or as an organization by completing the interest form linked below.

Whether you rely on a public water system or a private well for your drinking water, this is an issue of health equity, and we need your support! You can help spread the word by submitting written testimony to legislators, posting on social media, and including information about these efforts on your blog and in your newsletter. The toolkit below comes with pre-written content and graphics for you to share with your networks.

Article 97 of the Massachusetts Constitution established “the right to clean air and water” in 1972, and the United Nations declared safe and affordable drinking water as a human right in 2010. Statewide legislation is needed to provide similar protections for residents relying on private wells as for residents served by public water systems.

Massachusetts Maximum Contaminant Levels (MMCLs) are a set of guidance levels for various contaminants that could potentially be found in drinking water. These levels are based on U.S. Environmental Protection Agency (EPA) federal standards for drinking water, though MassDEP has adopted more stringent standards in some cases.

There are several potential health problems that can occur if contaminated water is consumed. In addition, contaminants may impact the aesthetic of drinking water (e.g., taste, color, odor) or a home's infrastructure.

Per- and polyfluoroalkyl substances (PFAS) are a class of thousands of synthetic chemicals used to make products resistant to water, heat, and stains. Often referred to as "forever chemicals", there is growing concern that PFAS in drinking water can have negative health impacts.

Bottled Water is Not an Appropriate Solution

Many people who discover contaminants in their wells resort to drinking bottled water, which is expensive. Plastic also harms the environment; 80% of plastic water bottles used in the United States end up in landfills.

Residents who live in municipalities with public water systems or with local private well regulations are more likely to have access to safe drinking water than residents who don't.

Many Massachusetts residents are consuming water that may be unsafe. In 2021, RCAP Solutions conducted 240 well assessments and water tests across six Massachusetts towns which had a high concentration of private wells. We discovered that approximately 27% of wells had levels of contaminants exceeding state health standards and/or suggesting potential health risks.

In comparison, data from MassDEP shows that only about 4.63% of community public water systems (PWS) throughout the state had instances of contaminants exceeding state health standards and/or suggesting potential health risks. These results show that sensible, health-based regulations and oversight for drinking water wells would lead to a public health benefit.

View a Complete Summary of Our Findings

For more information about the Private Well Program to Protect Public Health, or to request a water test, click here.