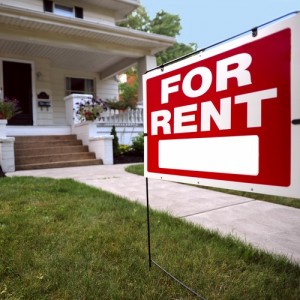 Harvard University just released a national report on the trends in the rental housing market. Â

Rental housing has always providedÂ a broad choice of homes for people atÂ all phases of life. The recent economicÂ turmoil underscored the many advantagesÂ of renting and raised the barriers toÂ homeownership, sparking a surge inÂ demand that has buoyed rental marketsÂ across the country. But significant erosionÂ in renter incomes over the past decade hasÂ pushed the number of households payingÂ excessive shares of income for housing toÂ record levels. Assistance efforts haveÂ failed to keep pace with this escalatingÂ need, undermining the nationâ€™s longstandingÂ goal of ensuring decent and affordableÂ housing for all.

Reversing the long uptrend in homeownership, AmericanÂ households have increasingly turned to the rental marketÂ for their housing. From 31 percent in 2004, the renter shareÂ of all US households climbed to 35 percent in 2012, bringingÂ the total number to 43 million by early 2013.

A confluence of factors drove this increase. The enormousÂ wave of foreclosures that swept the nation after 2008 certainlyÂ played a role, displacing millions of homeowners. TheÂ economic upheaval of the Great Recession also contributed,Â with high rates of sustained unemployment straining householdÂ budgets and preventing would-be buyers from purchasingÂ homes. Meanwhile, the experience of the last few yearsÂ highlighted the many risks of homeownership, including theÂ potential loss of wealth from falling home values, the highÂ costs of relocating, and the financial and personal havocÂ caused by foreclosure. All in all, recent conditions haveÂ brought renewed appreciation for the benefits of renting,Â including the greater ease of moving, the ability to chooseÂ housing that better fits the family budget, and the freedomÂ from responsibility for home maintenance.