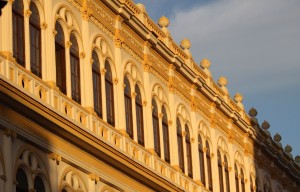 Board member Drew Bartley had the opportunity to visit Cuba in December 2013 on a housing professionalâ€™s tour centered in Havana and arranged by the Mass. Association of Community Development Corporations (MACDC) of which RCAP Solutions is a member. Though Cuba is the forbidden exotic destination for Americans, it is a common stop for others around the world. It is a step back in time, 1959 to be exact, the date of the Revolution. The temperatures are tropical and the local people warm and friendly. That is the backdrop for this story about housing.

Remember that Cuba is a communist country. It has limited resources and access to outside material under the U.S. embargo that has been in effect since the early 1960s. One thing the government believes in is housing. Its mandate is that everyone deserves housing â€“ owned, rented, or subsidized. Realize that their version differs dramatically from the U.S., but the underlying concept would serve us well here. Various housing and redevelopment groups are currently focused on Old Havana â€“ the most densely populated area that is steeped in history and glorious architecture. In this part of the city, they have created a school to teach students the skills to rebuild or renovate these building that form one of the largest UNESCO World Heritage sites inside the old 1519 city and its walls. The program helps provide jobs for the youth, carries on the tradition of skills to maintain this world treasure, and benefits those most in need by providing housing where they need it most.

Outside the city, Cubans have developed two styles of communal living to serve large numbers of citizens while focusing infrastructure such as water and power in centralized areas. East Havana is home to a housing project where the design creates the density for a sustainable community along with the larger and smaller commercial businesses to support itself for the long term with education systems and health care built in. Infrastructure is planned to keep the land as open as possible, with housing set away from busy streets, and a safe haven for children of all ages. The rural concept is to bring the local farmers into a small community where all central services can be provided with minimal cost. Food, water, utilities, health, and other services are provided in the community. Surrounding these communities is the farmersâ€™ land where they grow crops and graze animals that can easily be brought into the system through the small community they support. In exchange, the farmers deed their old land to the government.

The benefit of the Cuban plan is a variety of options, a national vision, and a resolve to do right by all its citizens. Every plan has its pros and cons, but in Cuba, it is interwoven with the political machine. That said, the citizens benefit most if they agree with and support the Communist system there. A few at the top do get some housing perks, but the majority waits their turn. It goes for others things like food â€“ which is rationed, but that does not mean there will be meat at the store when you want it.

The system tries to be fair to the extreme. Everyone knows what they will be paid when they try for a job. The pay scales are set for your life. No amount of exceptional work will better your situation.Â  The system breeds a lack of incentive and it shows. This structure creates little growth or surplus to fuel the economy for improvement. The government is now wondering if they can afford to continue the service it now provides for everyone. This includes housing to the point that the government is considering prioritizing certain needier populations to receive the subsidized housing first.

Change is afoot. Raoul Castro has allowed limited private and public partnerships for certain businesses, but it still maintains a strict control over most Cubansâ€™ lives. This is a start, but the process is likely to be a very slow one. As one official told us, â€œEnjoy my country, but donâ€™t try to understand it!â€ 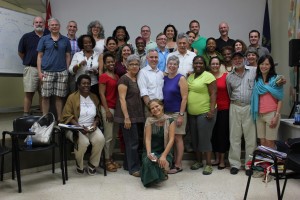