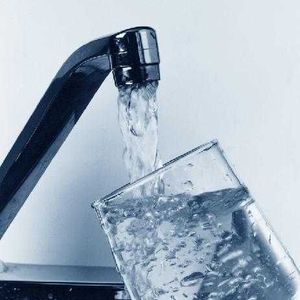 RCAP Solutions Specialists met with the community’s Property Manager and reviewed the Do Not Drink Order and the requirements set forth in it, one being that a Title 5 Inspection (septic system inspection) be performed. The RCAP Solutions Specialist is a licensed Title 5 Inspector and agreed to do the inspection for the community. The initial septic inspection found no visual signs of failure or malfunction including the septic tanks and the leach field area. During this inspection it was also noted that the community had no room to move infrastructure as they did not own their whole Zone 1, the wastewater components including the leach field are in the Zone 1 and many wetland/surface water features surround the community.

Not seeing any issues visually, the investigation of the septic system continued with the pumping of all septic tanks and inspection of them empty. Again, no cracks or voids were witnessed and a cause of the nitrate spikes remained a mystery. Exploring the possibility that the wellhead may be compromised leading to the nitrate spike a camera inspection was performed and showed so issues.

Focusing back on the septic system, all wastewater pipes were inspected using a camera, again no pipe breaks were witnessed. One wastewater pipe of greatest concern ran within 30 ft. of the wellhead and was pressure tested, holding a constant pressure for fifteen minutes indicating no issues.

Spring came to Massachusetts and the snow melted, revealing a sign of septic failure in one of the leach field trenches. The trench in question was already green and all the land around it was still dormant, showing that the trench had failed.

The community hired an Engineer and working with a septic system contractor and the RCAP Solutions Specialist the leach field was uncovered for inspection. It was discovered that the leach field was not installed according to the engineer plans and did not meet Massachusetts codes past or present. As a result, the septic trench showing failure was receiving 80% of the wastewater flow while the other 9 septic trenches received little to none.

The septic system leach field was repaired to meet the specifications of the original as-build plan and tested to ensure equal flow to each of the septic trenches. The failing septic trench was turned off by installing a valve and was given time for the soil to regenerate as planned.

In the coming months the community saw a dramatic drop in nitrate levels in their drinking water from a high of 23.1 mg/l before the septic repairs to a low of 4.9 mg/l leading to a brief lifting of the “Do Not Drink Order” by the MASS DEP. However, at some points the nitrate levels fluctuate almost seasonably and sometimes exceed the 10 mg/l threshold, leading to the “Do Not Drink Order” being re-implemented. The failing septic trench was turned back after a number of months off and is working as designed showing the soil did indeed regenerate itself.

Currently RCAP Solutions Specialists are working with the community on options for either Nitrogen Reduction Treatment retrofitting of the septic system or filtering treatment in the drinking water system to bring nitrate levels permanently below 10 mg/l, as all infrastructure in place appears to be working as designed and relocation of components is not feasible due to land constraints.

Investigation of a drinking water contamination issue like nitrate without a clear cause and effect involves a lot of monitoring and exploration. At no time was any bacteria contamination found during weekly water quality samples despite the evidence that the septic system did have an effect on Nitrate levels. All of this work was done under the oversight and approval of the Massachusetts Department of Environmental Protection and the local Board of Health.